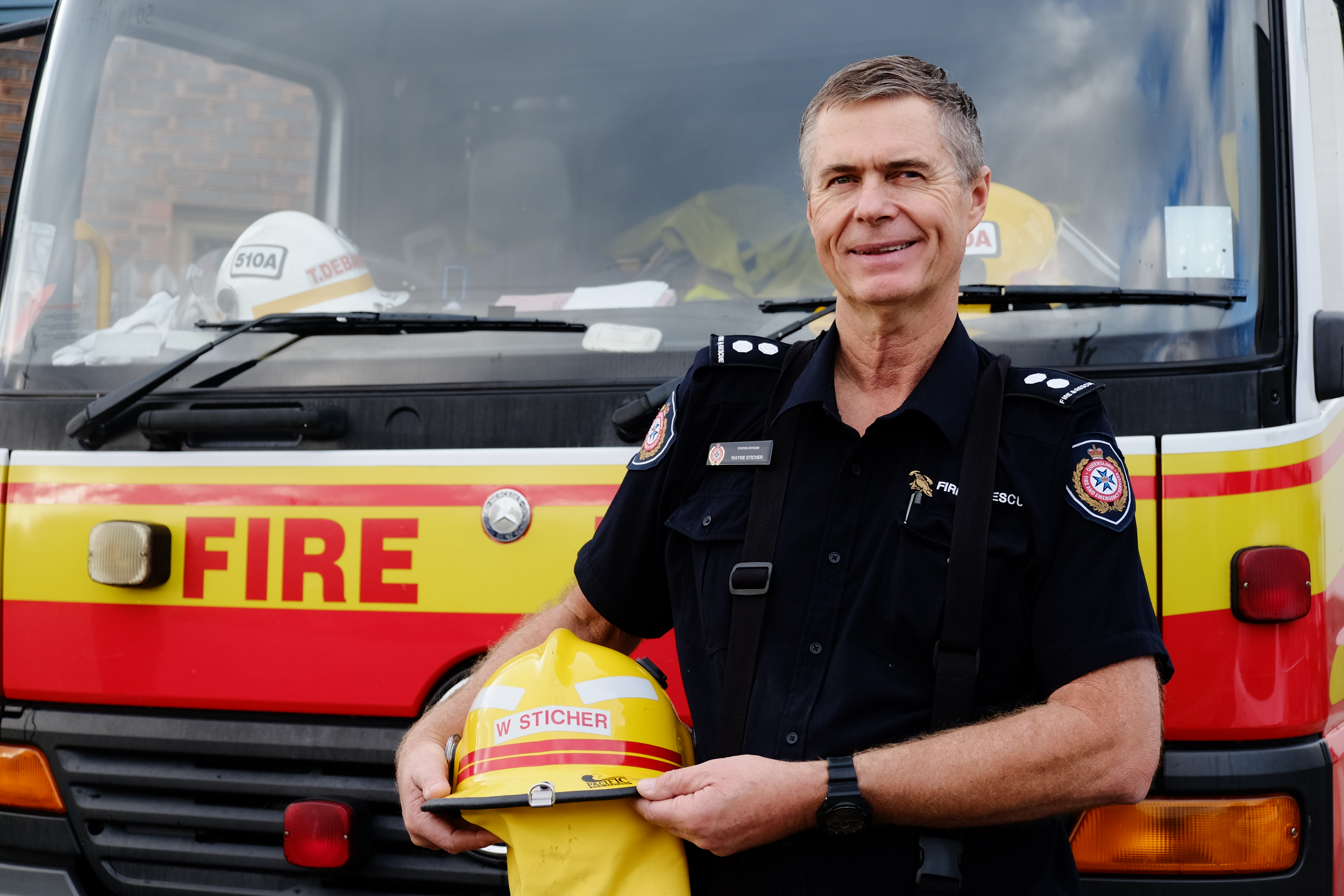 After a long night shift in August 2002, now retired Fire Station Officer Wayne Sticher noticed some soreness in his left eye. Not thinking much of it at the time, Wayne tried to shake the feeling, until exposure to light became so painful that he had to shut himself in a darkened room for days on end.

Eventually, Wayne was referred to QEI’s Professor Lawrence Hirst who diagnosed him with Paecilomyces Keratitis. Wayne still remembers how he felt when Professor Hirst delivered those fateful words; “You can expect to lose your eye from this.”

It was then that Wayne fainted and had a vision of a beautiful jungle scene. Wayne’s vision was full of lush greenery and a large pool with a waterfall flowing into it. He believes that this place was an image of tranquility where he could escape from the bad news he had just been given. It is this memory that Wayne wishes to share for Last Seen, partnered with artist Mitch Schultz.

Whilst Wayne struggled to come to terms with his new diagnosis, Professor Hirst and the team at QEI fought to save his vision.

“This is when the battles began raging.  While I was battling to cope with the medical procedures, my loss of vision, freedom, health and struggles within my mind, Professor Hirst and the team at QEI were fighting an even bigger battle, the one to save my eye.  My family were battling with the fact that I had become so badly incapacitated so quickly. My friends battled with the fact they were helpless to assist me.”

Fortunately, a corneal transplant saved Wayne’s eye and he is now an avid supporter of the QEI Foundation. In 2009, Wayne climbed Mt Kilimanjaro, guiding blind cycling para-olympian Bryce Lindores in an effort to raise awareness for research for eye disease. Wayne also is the author of a book “A Dim View”, to be launched in 2019.

To view Wayne’s Last Seen and support the exhibition to save sight, purchase tickets here.