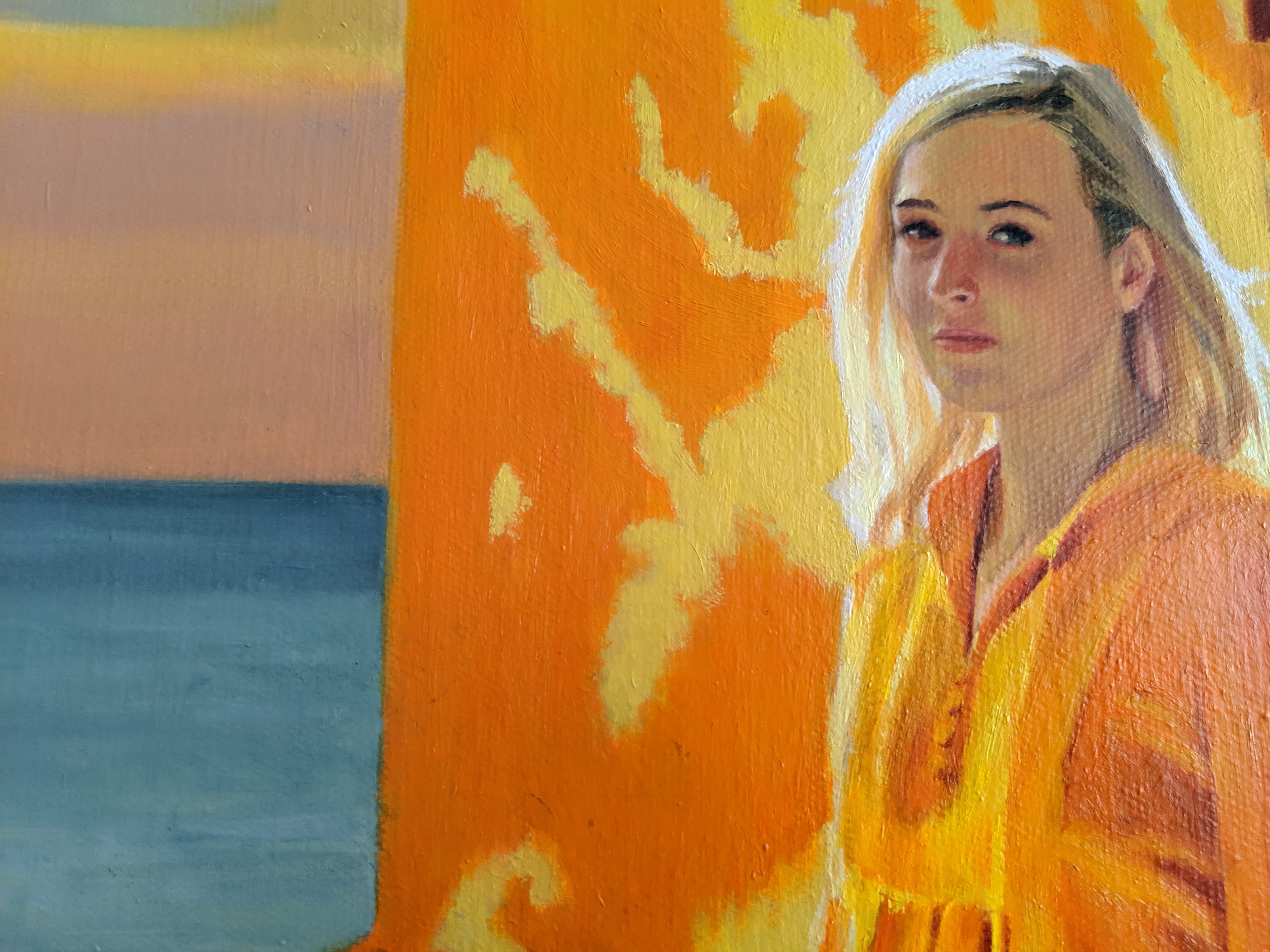 An interview with Yuma Antoine Decaux and artist Kate McKay

“I’ve always thought of this image of being able to see this beautiful face as I open my eyes, with a smile and everything else around.”

It was New Year’s Eve, 2008 and Yuma Antoine Decaux was travelling in Cambodia. He was on a beach waiting to welcome the New Year, but a firework launched horizontally, right into his face. This left Yuma without
sight in both his eyes.

Yuma has been partnered with Brisbane-based artist Kate McKay to visualise his last, dearly held memory. We asked Yuma and Kate about the project and why they decided to get involved in Last Seen.

“If I can participate in helping spread awareness, education and give inspiration, I’m there in a split second. And just like anyone who had full sight before, I secretly hope to push for research into a bionic eye, since I am still young,” Yuma says.

Yuma, who is co-founder of OSeyeris, a Brisbane-based startup that creates technology that is useful to the sighted but also accessible to the blind and visually impaired, hopes that Last Seen will give him the opportunity to represent the blind community in an artistic context, and perhaps continue to form creative collaborations.

“I chose to be involved in this project as I found the concept behind the campaign really interesting and I wanted to help share Yuma’s story. Yuma’s memory is a powerful reminder of the preciousness and frailty
of sight, and being a part of the project has made me more
appreciative of the gift I have.” – says Kate.

Kate says the Last Seen project challenged her painting process and forced her to explore different themes. “My art practice up until recently has focused on painting surreal wilderness landscapes. These spaces often have no human presence, creating a sense of solitude and peace in nature. However for this artwork I needed to convey not only the Cambodian landscape that Yuma described in his memory, but also the derelict casino with its orange moss and the woman who is the main focal point. This required a lot more thought than I usually employ to create a composition which could successfully reflect the emotion of Yuma’s memory,” she adds.

I believe this project has profoundly inspired me as an artist and will certainly influence the way I paint. I loved working with a story and imagining how I could represent the feelings of the woman in Yuma’s memory as well as the atmosphere of the whole surreal scene. It felt like I was a director, arranging the actress, lighting and camera angles for a scene in a film. Depicting the woman’s portrait and the interior of the building was an exciting departure from my regular subject matter and I intend to explore these further in future.