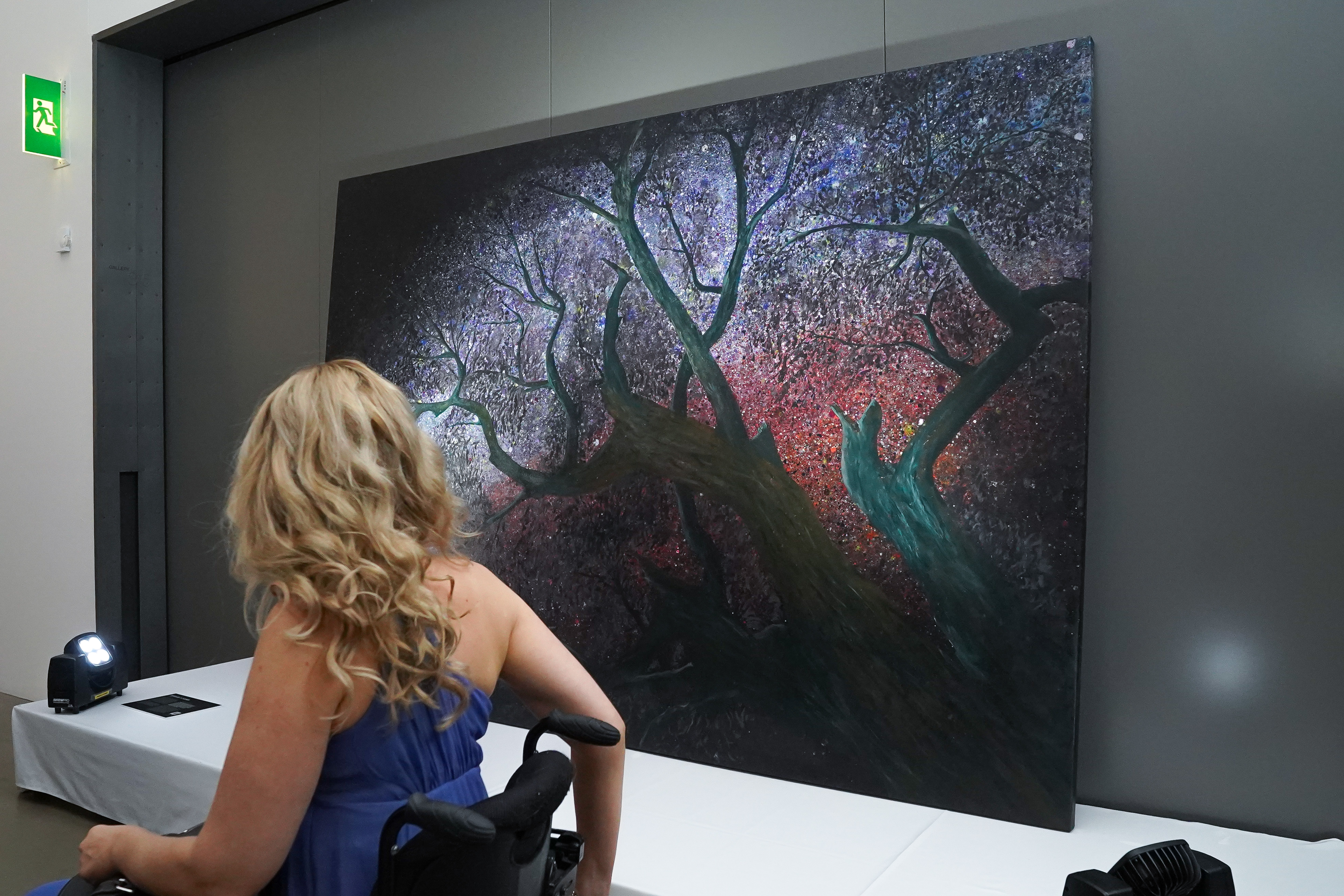 Over 24,000 people have viewed Queensland Eye Institute Foundation’s (QEIF)  ‘Last Seen’ – an Art Exhibition to Save Sight at both the Gallery of Modern Art in Brisbane (GOMA) and the Queensland Performing Arts Centre (QPAC).

Last Seen took its inspiration from over 450,000 Australians who are blind or vision impaired, and that many of us still take our sight for granted. Last Seen aimed to prompt Australians to consider how much they would value the last thing they saw, if they started to lose their eyesight, connecting back to QEIF’s purpose to save sight.

Last Seen partnered nine Australians who have been touched by vision impairment with nine influential artists, to capture their last, dearly held visual memory from before their vision began to deteriorate. The participants involved in Last Seen come from a wide range of backgrounds, each with their own unique, emotive story of how they have been affected by vision impairment, blindness or eye disease. The youngest participant, Oscar Eckersley, is a nine year old patient of the QEI Clinic, who by the age of nine, had endured 18 operations to control his congenital glaucoma. Oscar’s Last Seen was of a day at the beach, after not being able to go for two years due to how the sun, sand and sea could have  affected his sight.

Last Seen artist Pip Spiro says, “Vision is a sense that forms so much of our life experience; when you stop to think about just how different it would be without full sight, it is very humbling. Using art as a way into the last and most precious visions of the world that people can no longer see, is such a clever and hopefully impactful way to shine a light on what this loss of sight can mean, and hopefully it opens up the discussion and brings awareness to this.”

The exhibition was launched at GOMA on 13 November 2019, with a Preview Lunch followed by a Cocktail Party & Auction, where the artworks were auctioned to raise funds for QEIF to continue their sight-saving research. Attendees were able to fully immerse themselves in the stories of the Last Seen participants through the emotive artworks and accompanying videos. Additionally, courtesy of Southern Cross Austereo, customised soundscapes were placed next to selected artworks to enhance the sensory experience of Last Seen. Last Seen transitioned to QPAC  from Friday 15 November to Sunday 1 December 2019.

QEIF collaborated with creative agency Publicis to bring Last Seen to life. For Ryan Petie, Executive Creative Director of Publicis Worldwide, Last Seen was a particularly important project, “We’re really excited to have partnered with QEIF on this project – reminding people of the critical importance of eyesight. Particularly working in the advertising and design field, where eyesight is our biggest tool, we’re deeply entrenched in this project and making it a world-famous success.”

QEIF CEO Mark Radford, says, “Our purpose is to save sight, and communicating this by storytelling, creating stunning artworks, all captured in superb videos, enables the stories to be heard and seen. It has been quite a journey for all our participants and artists. And I know they’ve all enjoyed it as much as we have.”

To view photos from the Last Seen Preview Lunch: http://bit.ly/2QqYZmw

QEIF works every day to save sight by providing innovation and excellence in research, education and clinical care to reduce eye disease, improve eye health, and ultimately eliminate preventable blindness in the community.