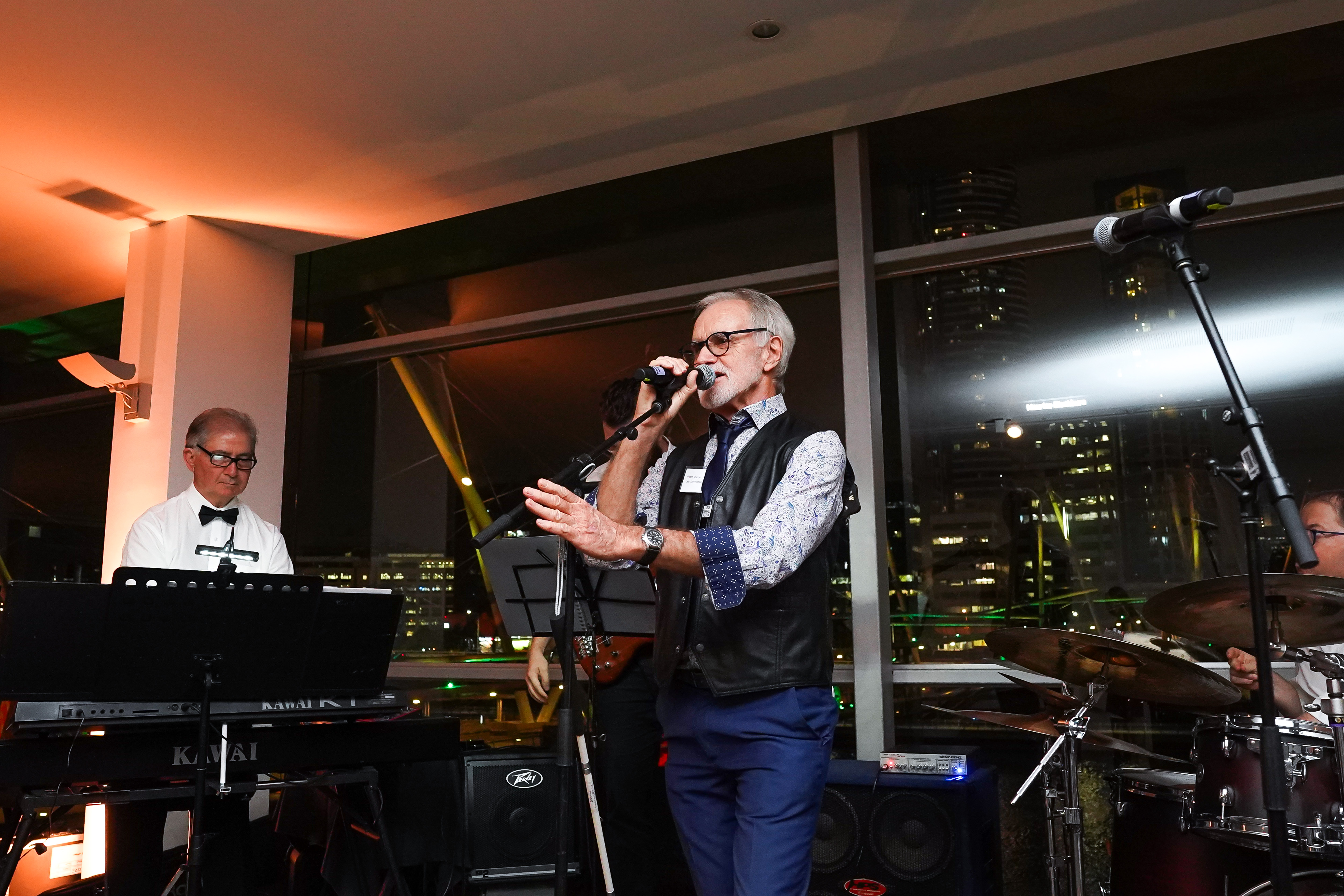 Well regarded singer and songwriter, Peter Vance, was diagnosed with Retinitis Pigmentosa over 36 years ago. Peter’s relationship with QEI dates back to before the Institute was established, when Professor Lawrence Hirst removed Peter’s cataract at the Princess Alexandra Hospital in 1996. In 2019, Peter has been heavily involved in QEIF’s fundraising and awareness initiatives; as a participant in Last Seen and the featured story for QEIF’s Christmas Appeal, which you can read all about here.

At the Last Seen Cocktail Party & Auction, Peter performed with the Mark Pradella band, debuting his original song ‘Last Seen’, written for the exhibition to save sight. The song lyrics feature a small snippet from each of the nine Last Seen participant’s stories of vision impairment, making listening an emotional and meaningful experience.

Now, Peter has recorded and released ‘Last Seen’, available for purchase on iTunes. Generously, Peter will be donating all proceeds from the sale of the song to QEIF’s sight saving research, something he is especially passionate about. You can also stream ‘Last Seen’ on Apple Music and Spotify.

Recently, Peter has thoughtfully gifted QEIF with CD copies of ‘Last Seen’. We would like to thank Peter for his ongoing support and congratulate him on the release of an incredible song!