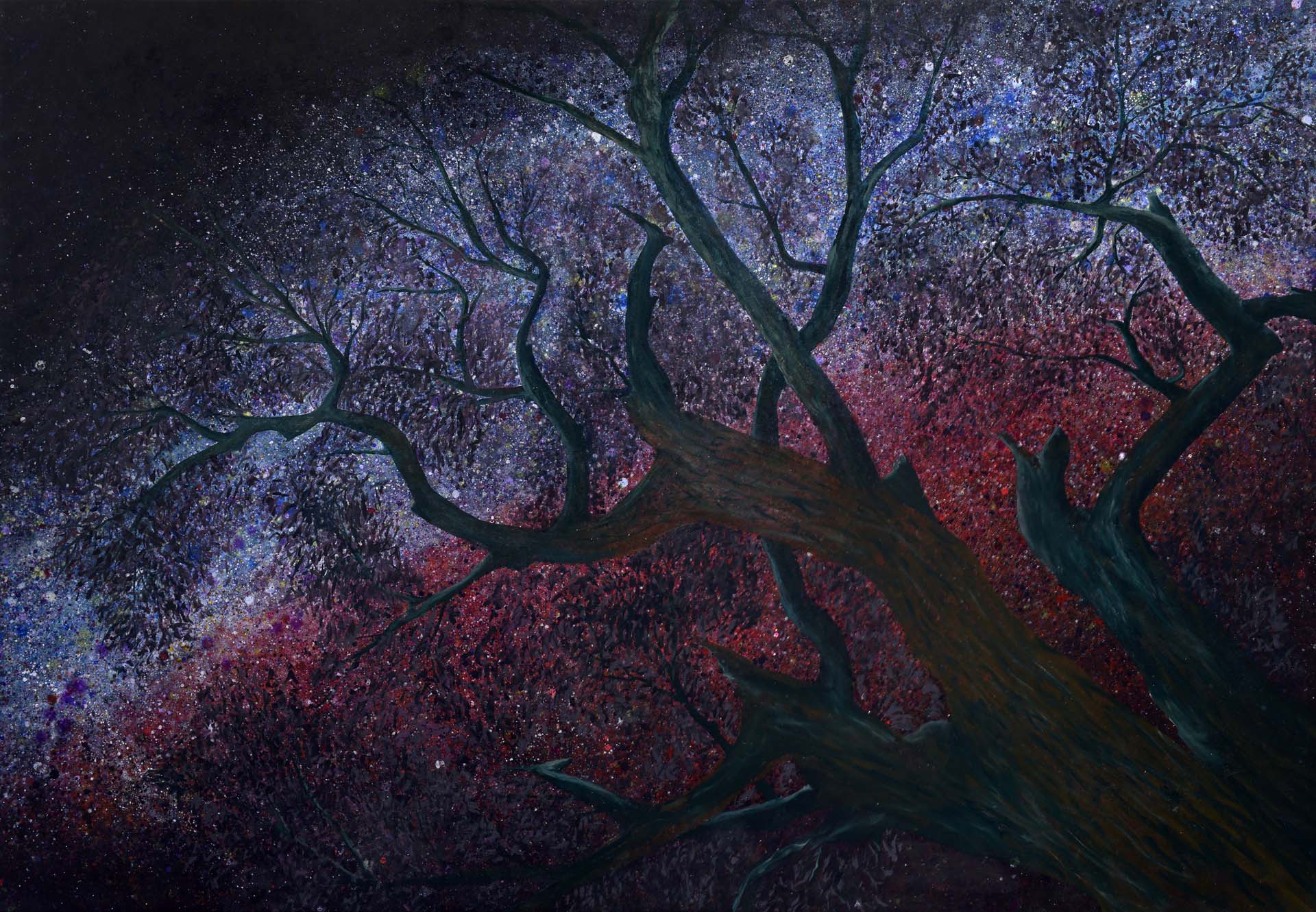 In 2001, aged 18 and whilst studying her first year of university, Phoebe was hospitalised with a severe allergic reaction which caused her eyes, skin and lungs to blister and burn, and her extremities to perish. After five weeks in intensive care, it seemed the only way to save Phoebe’s life was to remove her toxic limbs. A team of skilled surgeons amputated both her legs below the knee, her left hand at the wrist and the fingertips of her right hand. It was a devastating loss to endure. Phoebe was also left blind in one eye and now has 5% vision in her other eye.

Phoebe’s most dearly held significant visual memory is of the night sky. She remembers lying on the ground and looking up through a canopy of native trees, seeing a sky full of stars. She misses the perspective they can bring to your troubles and your small place in the universe. Phoebe was partnered with artist Guy Morgan.

Guy Morgan trained in England at St Martins School of Art and the London College of Printing. He has lived in Australia since 1981 and returned to oil painting in 2003 after an absence of nearly 30 years. In 2010, Morgan completed the Master of Studio Arts (Painting) course at Sydney College of the Arts, the arts faculty of the University of Sydney.

Over the last fifteen years Morgan has explored a painting style which differs from traditional application methods such as brush and palette knife and involves highly liquid oil paint – thrown, applied to, or dripped on to the canvas. ”I am fascinated and captivated by texture – and continually experiment to make paint reflect natural movement and life.”

A sufferer of retinal detachment himself following an injury in 2011, Guy was a finalist in the Archibald Prize in both 2013 and 2015 as well as being hung in the Salon des Refusés Exhibition in 2017 with his ‘After Retinal Detachment’ series. 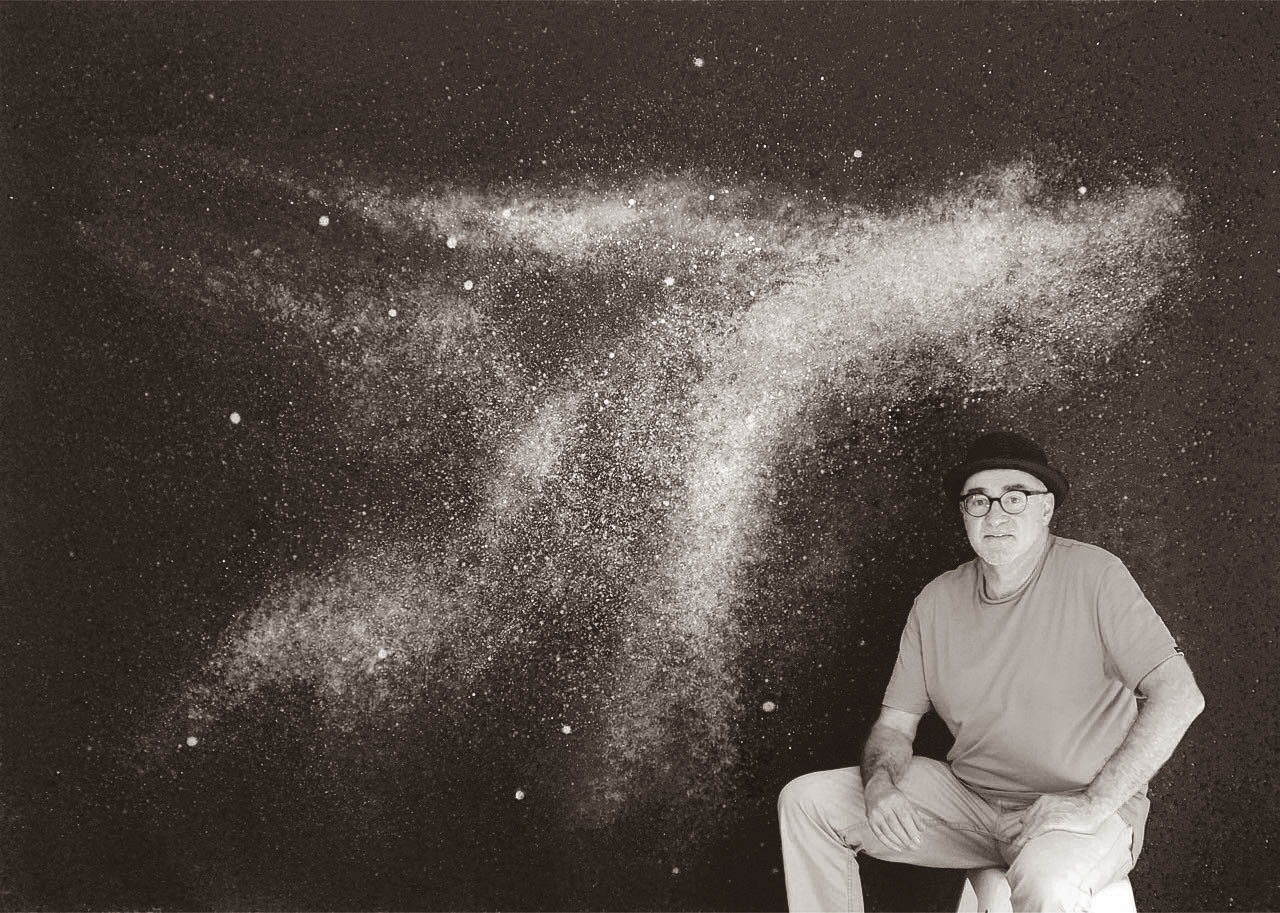